M-Filter Group has launched a project towards carbon neutrality. The carbon footprint will be calculated in accordance with the greenhouse gas (GHG) protocol, which is a generally accepted and broadly used calculation method.

We will start by identifying the carbon footprint of our operations. To this end, we have selected Green Carbon Finland as our partner. Green Carbon has the first ISO 14064-certified carbon sinks in the Nordic countries. It is important to us that our carbon footprint is calculated by a reliable external expert organisation.

We will first identify where emissions are generated and how they can be controlled and reduced. After this, we can take concrete action for the environment. We will offset part of our emissions by using carbon sinks. Green Carbon’s certified carbon sinks are Finnish forests and partnership projects with Finnish landowners. M-Filter will offset direct emissions from its operations by using certified Finnish carbon offsetting.

Our aim is to make our operations carbon neutral by means of emissions reductions and carbon offsets. We will draw a climate roadmap to lead us towards low carbon business.

More information about the GHG protocol is available at https://ghgprotocol.org.

Oy M-Filter Ab manufactures air and oil filters for various international top brands globally. With the merger, the group strengthens and expands its operations in the clean indoor air solution sector, where Filterpak has been among the top companies in the field.

We are very happy that two strong domestic operators in this sector are merging. This arrangement will allow us to outpace the market as we grow globally, says Kai Liesmaa, the Managing Director of Oy M-Filter Ab.

Peter Nordlund, the Managing Director of Filterpak Oy, considers the merger a significant step for both parties and for domestic production.

With the merger, we join the ranks of major filter manufacturers in Northern Europe. I am delighted that jobs in the newly created growth company remain in Finland, Nordlund says.

The importance of healthy indoor air is immense: According to Sisäilmayhdistys ry, good indoor air reduces illnesses, increases comfort, and improves working efficiency. The cost of poor indoor air quality is measured in billions of euros in Finland alone.

The air in Finland is the cleanest in the world (WHO 2017), so it is only natural that the best indoor air filtration solutions also come from Finland. Clean outdoor air is often taken as granted here in Finland, but we have a lot of room for improvement as regards the quality of indoor air. And the situation is even worse in many other countries. We now have a unique opportunity to create a Finnish success story, Liesmaa summarizes. 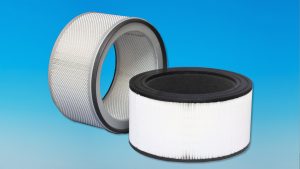 The safety and cleanliness of the indoor air are improved through the use of HEPA and activated carbon filters. 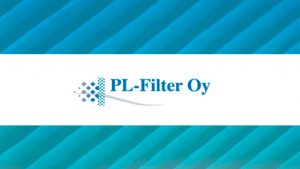 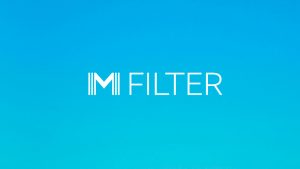 M-Filter started manufacturing filters in Haapavesi in 1962, with an initial focus on automotive filtering. Over the years our production has evolved to cover a wide range of OEM and air filtering solutions.

Today we are the biggest filter manufacturer in Finland and Northern Europe,
supplying tailor-made solutions for diverse industries and major companies.

The new M-Filter brand aims to communicate our Finnish background and 60 years of experience – combined with our state-of-the-art production and engineering processes.

Our new brand slogan – KEEP IT CLEAN – communicates the goals we share with our partners: for cleaner work environments, cleaner machinery and a cleaner world. 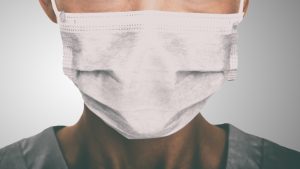 M-Filter has started hygienic mask production in Finland, at both the Haapavesi and Vimpeli factories.

For production we use the new material by Ahlstrom-Munksjö, created specifically for mask use.